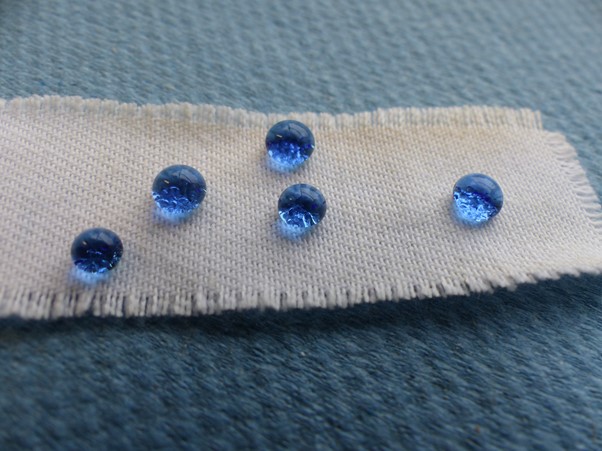 It’s raining this morning in the East, so I need my waterproofs while out and about. It’s great how these fabrics can withstand the rain. Isn’t it? [1]

Recently a group of “forever chemicals” have been a topic of concern as they have been found in drinking water across the globe. The chemicals I refer to are termed PFAS or perfluorinated chemicals. These chemicals were used in household and industrial products for decades before their harmful health effects and persistence in the environment became evident.

These chemicals were invented in the United States many years ago. In 2002, the French multinational Saint-Gobain increased production of chemically weatherproofed fabrics that it produced in its Merrimack, New Hampshire, plant.[2] Officials in the US identified 34 PFAS in concentrations as high as 70,000 parts per trillion (ppt) throughout a 80 kilometre area from the plant. Environmental limits are in the region of 12 ppt.

Critically, about 5000 of these man made (synthetic) chemicals have been created globally and are used in commercial products, and roughly 500-600 are estimated in active use. But scientists only have detailed knowledge of a few of these. PFAS chemicals are effective in extinguishing hydrocarbon fuelled fires and are key in firefighting foams for many applications. Their uses are broad and touch everybody’s lives. These chemicals have many reported very damaging health effects.

In May 2019, 180 governments met for the ninth Stockholm Convention conference in Geneva.[3] These governments agreed on a global ban of perfluoro octanoic acid (PFOA), its associated salts and 150 related substances. The US did not agree to this. Regulation of these compounds is not happening in an effective way.  Large multinational companies are finding ways around regulations, because the compounds are not being considered as a class of chemicals.  This will have damaging effects going forward. There is currently no Europe-wide health advisory level for PFASs in drinking water. Germany and Sweden has led the action by proposing a ban of six PFASs under the REACH directive. Sweden has set a non-binding level of 90 ppt for the sum of 11 PFAS compounds in drinking water.  This is a good direction and one that we need to follow.

So when going out to get the new raincoat, or non-stick cookware, think twice – because, as with all environmental issues these days, it is us, the consumer, that will have the greatest influence on making a change.