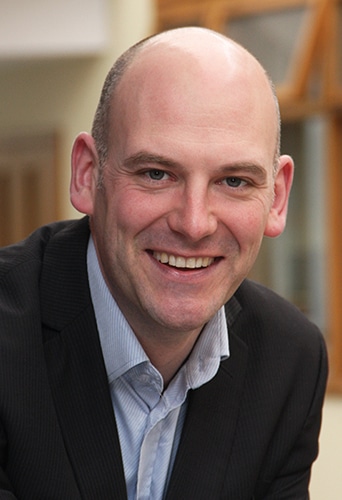 Noel E. O’Connor is a Professor in the School of Electronic Engineering at DCU and the Academic Director of the Research and Enterprise Hub on Information Technology and the Digital Society. He is a Funded Investigator (FI) in Insight, Ireland’s national Centre for Data Analytics funded by Science Foundation Ireland. Since 1999 Prof. O’Connor has published over 180 peer-reviewed publications, made 11 standards submissions and filed 6 patents. He has graduated 16 Ph.D students and 3 Masters students.

He is an Area Editor for Signal Processing: Image Communication (Elsevier) and an Associate Editor for the Journal of Image and Video Processing (Springer). He has edited 6 journal special issues, including Signal Processing: Image Communication, Multimedia Tools and Applications, the Journal of Web Semantics and the Journal of Embedded Systems. He was awarded the DCU President’s Research Award for Science and Engineering in 2010. Also in 2010, he was awarded Enterprise Ireland’s National Commercialization Award for ICT. He is a member of the IEEE, Engineers Ireland and the IET.

Noel’s early research was in the field of video compression, specifically object-based compression in the context of MPEG-4, which subsequently led to an interest in video object segmentation and tracking as well as other aspects of computer vision. With the advent of MPEG-7, he became interested in audio-visual (AV) analysis for content-based information retrieval as well as low-power configurable hardware for AV processing, a key-enabler for next generation context-aware multimedia sensors.