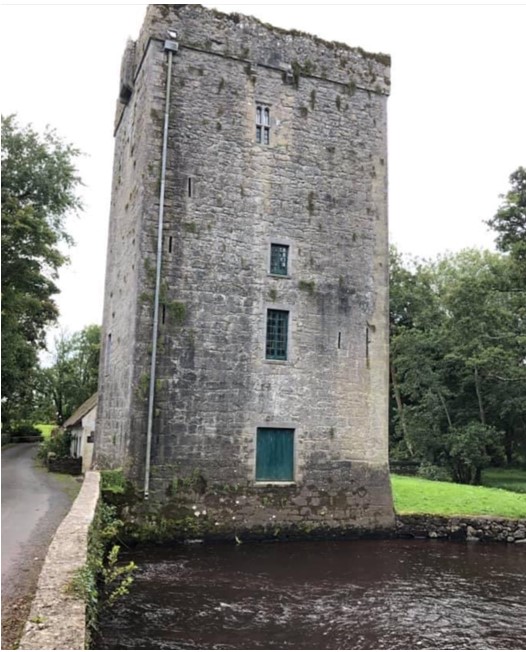 Water – An Inspiration to Yeats Poetry?

During my staycation this summer I visited a place I had never heard of before called Thoor Ballylee (Ballylee Castle). Unbeknownst to me, it has been described as ‘the most important public building in Ireland’ by late Nobel laureate Seamus Heaney [1].  A fortified Norman tower house built by Burke located near the town of Gort, Co. Galway is also now also known as Yeats’ Tower because he resided there between 1921 – 1929. Yeats restored the entire tower bringing it back to its former glory. It’s said that he really loved living there during the summer as it is in a really beautiful rural wooded setting.

Yeats wrote a lot of his poetry from the bottom floor room with the larger window looking out towards a stream (as shown in the picture) and many of Yeats’s most important poems feature the tower prominently. The early modernist elegy ‘In Memory of Major Robert Gregory’ remembers the Yeats family’s settling into tower and cottage as it commemorates the death of Robert Gregory, Lady Gregory’s son, an artist who himself had pictured the tower and Yeats’s books of poems The Tower (1928) and The Winding Stair (1933) drew direct inspiration from the tower’s rooted existence and featured views of the tower. [2]

As I sat beside the tower with the wind bellowing through the trees and the stream gently flowing along its banks I wondered was water an inspiration for Yeats poetry – you couldn’t but become entranced in the sound of the water passing by.