The international Argo programme begun in 1999 as a project endorsed by a branch of the World Meteorological Organisation and Intergovernmental Oceanographic Commission. It is an array of more than 3500 autonomous instruments deployed in the worlds oceans that record primarily salinity and temperature data beneath the ocean surface.

The devices communicate with the Jason satellite, descending ca 1 kilometre below the ocean surface to record data on temperature and salinity for a number of days, then sinking further before ascending, recording all the while. The network of sensors allows near real-time assimilation into databases and computer models, building on other upper-ocean observing networks. Each individual Argo float has a lifespan of about 4 years and gives invaluable data from 150 cycles. 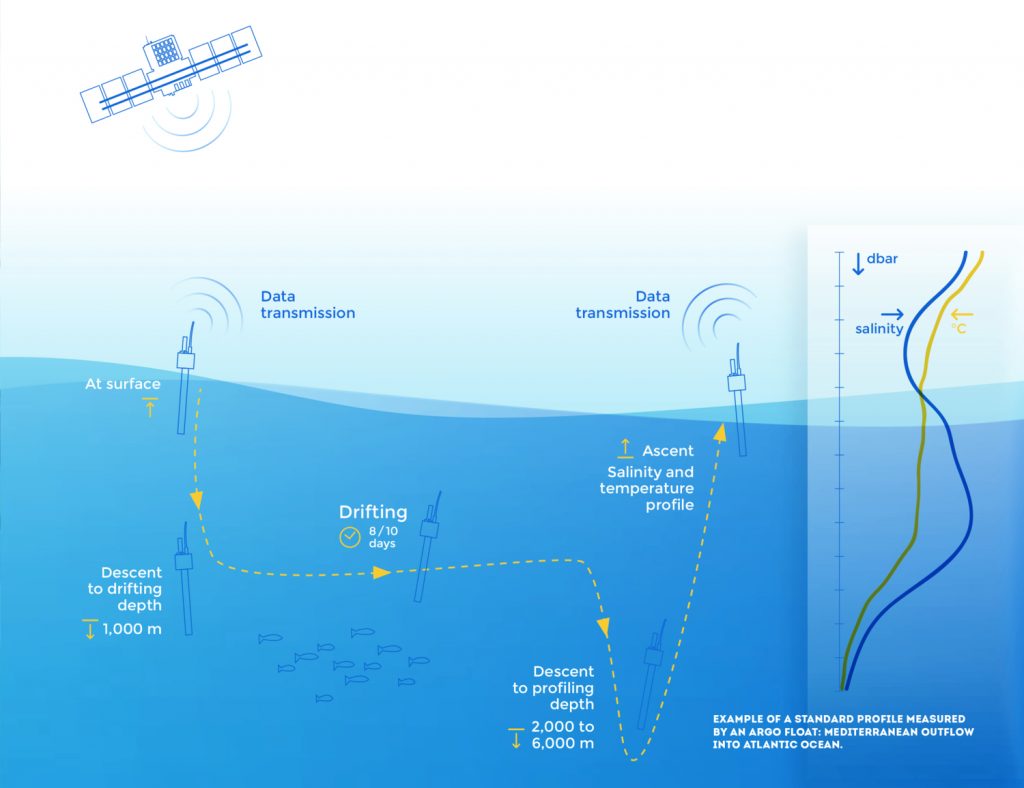 The objectives of Argo include:

The Argo floats are named as such since they compliment the Jason satellite mission. Jason studies links between the ocean and atmosphere for climate forecasts, predictions and monitoring. In Greek mythology, Jason and the Argonauts sailed on the ship called the Argo.

In 2015, Ireland joined the European-Argo Research Consortium through the Dept of Agriculture, Food and the Marine with the Marine Institute managing the National Argo Programme. Since joining, the Marine Institute has deployed over 20 floats in the North Atlantic helping Ireland contribute to joint global efforts to mitigate and adapt to the effects of climate change. 2018 saw plans for the procurement of four Argo floats by the Marine Institute, as well as Ireland’s first Biogeochemical float. For information on float locations and data in Ireland’s digital ocean, see this link.