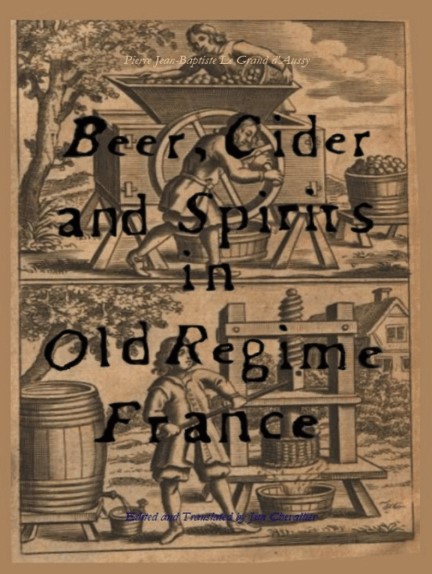 The idea that people primarily drank beer throughout the Middle Ages is widespread, but it is also wrong. Beer was not a replacement for water, but it was seen as more nutritious than water. Bad water certainly was a concern, but people had guidelines for knowing the difference between what was good and what wasn’t. Food historian and photographer Jim Chevallier[1] looked at some of the writings of medieval Europe. Whether  water came from a well or fresh stream, it was the focal point of a village. In larger towns there were even infrastructures to supply water to citizens. In 1236, construction of a system of pipes began in London.

The Natural History of Pliny[2], written in the first century A.D., outlined guidelines for determining how good water was to drink. Pliny stressed that if there were “eels” in the water, then it was probably clean as it could support life. Bitter-tasting water was bad, and so was water that was slimy. He also suggested leaving questionable water in drinking vessels to see if it would stain over time; if it didn’t, the water source was a good one. He also noted that water shouldn’t have a bad smell, and it should get warmer after it’s been drawn from its source. Back then it was well accepted that boiled water was healthier.

Water was always on people’s minds back then.

Today, water is even more critical and should be on our minds.

In the 19th Century it was physicians, faced with the toll on human health, who demanded the improvements in water supply, drainage, and sanitation. This transformed human health. Today’s message is not new: it is that reliable safe water and sanitation for all are necessary for public health and benefit everyone. Populations exposed to water-related hazards today due to climate linked weather extremes and disease burden are likely to increase, together they will place further stress on health systems. The health consequences of poor, damaged, and failing water and sanitation services persist long after an extreme event and this receives little or no attention. Conservativism and lack of ambition in the water and sanitation sectors prevent adaptation and move expenditure into the future – rather than now.  This has the effect of making the problems worse. The health sector must fight for investments in resilient water and sanitation, and help provide the evidence that these costly but essential interventions yield the greatest and most cost effective benefits. We ask public health leaders now to engage with research on climate change and help find solutions to difficult discussions about how resilience is defined and measured in our society.

[2] Pliny the Elder, The Natural History