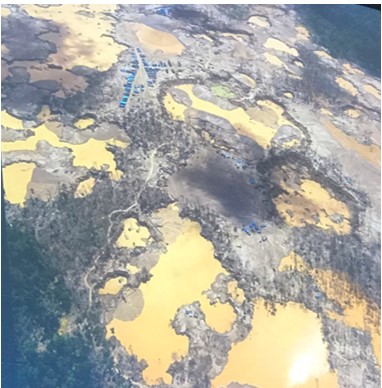 Diamonds are forever but our planet certainly isn’t!

Last year, I was lucky enough to attend World Water Week in Stockholm. It is my favourite conference of the year, by far. I joined a talk by Dr. Joaquin Carrizosa, who is the Amazon Ecoregion Coordinator for the WWF in Columbia who spoke about the adverse effect of illegal mining throughout numerous Amazonian regions.

The Amazon covers over 7 million kilometres of land crossing numerous countries such as Brazil, Peru and Bolivia throughout South America. Only 2000 of 8000 species of animal and plant have been discovered there and its forestry collects over 20% of the world’s carbon each year. The Amazon holds together vital ecosystems for mammals, insects and bird species. It is one of the most fertile and mineral rich parts of the world also a home to numerous tribes and indigenous people. Unfortunately, the Amazon size has significantly declined over the past number of decades and its existence is under serious threat and attack. An ongoing activity that contributes to this is illegal activity of Artisanal Small Scale Mining (ASM).

ASM supplies 20% of the world’s diamonds, 20% of the world’s gold and 80% of the worlds coloured gemstones. It also provides technology critical elements like Tantalum used in mobile phones, computers and other electronics. Because the price of gold has significantly increased over the past number of years, so has the demand, therefore the hunt for supply is rife and ASM is on the increase.

An article from the Guardian in 2019 shows a map of over 2312 illegal sites across six Amazon countries. [1] ASM is extremely difficult to track as its so unregulated, set ups are usually placed under violent armed guards, the mining happens fast, uses dated, aggressive, unsafe methods of extraction using mercury and cyanide to extract precious metals such as gold, leaving ponds, rivers and people exposed to the left over contamination. Illegal ASM has had a devastating impact the on Amazon – all that’s left behind is lifeless, baron, mercury contaminated pools carved into the earth’s surface.

Whilst generating wealth in developing countries ASM practices in the Amazon have caused:

The detrimental effects on water have also been catastrophic. Mercury is used during the amalgamation process as a cheap way to collect small gold particles from sediment. As most gold mines are near rivers and streams most of the excess chemicals are washed off into the nearest waterways. Once it becomes imbedded in soil or water, mercury becomes methylmercury that can easily accumulate in fish; which not only harms the fish but all other animals, including humans, who eat fish. [2]

It is estimated that 71% of all mercury emissions are in the Amazon region are due to ASM gold mining and a staggering 37% of the total global emissions.

There are so many direct and indirect adverse effects on the environment that come from ASM and this is only a taste of what scientists and conservationists know about and have measured.  There are ongoing international programmes to monitor and prevent ASM from continuing but bringing awareness to this illegal activity is key. 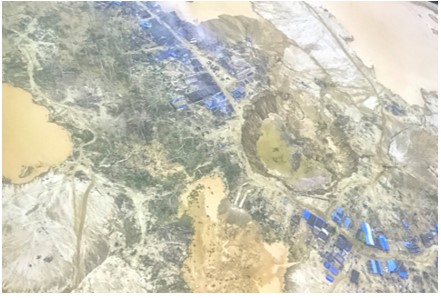