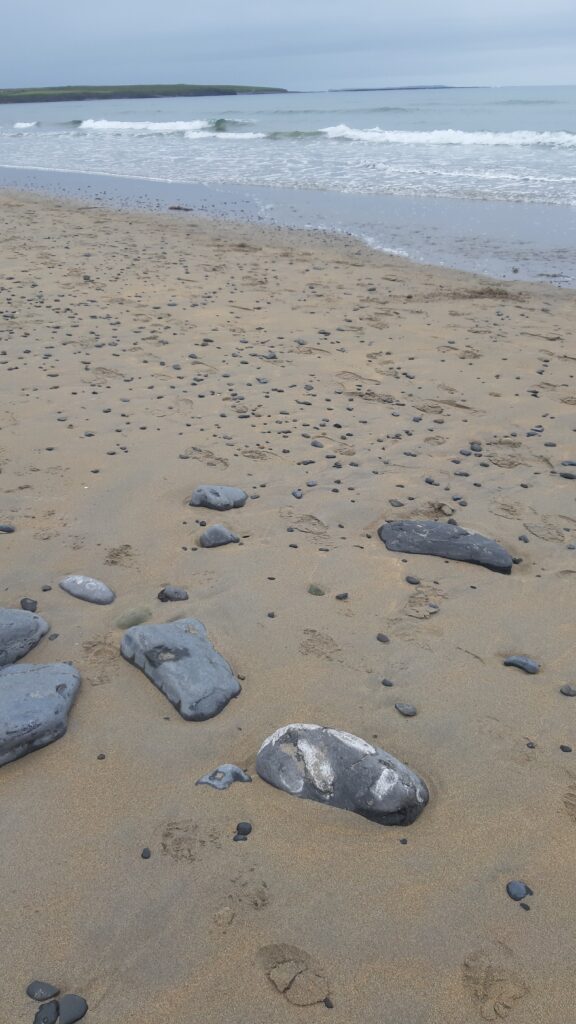 A Staycation and Feeling Normal Again

I am enjoying a holiday in the west of Ireland in the rain. The typical rainy July weather does not dampen spirits at all. The range of beaches for swimming, surfing, walking the strands – offer huge choice. One such beach has a bit of everything. Streedagh is a beautiful strip of land with a long beach along the coast of north Sligo. During the recent lockdown screening of Normal People, this north Sligo beach became famous. I enjoyed my first swim of 2020 here this week. It was invigorating, cold initially – but gorgeous to experience the salty Atlantic.

There are two stone-age monuments close to the beach, a wedge which is easy to access in the sand-dunes and the remains of a court-tomb – a bit harder to find. Both monuments have great views of the Dartry Mountains.  The wedge, which has never been excavated, dates to around 2,500 BC, the period at the end of the Irish Neolithic and beginnings of the Bronze age.  Another important aspect of Streedagh is the amazing collection of fossils to be found in the rocks here. Zaphrentis are particularly common, formed about four hundred million years ago.

I have another week to go, and I am hoping for a break in the clouds – but either way I will make the most of being close to the Atlantic coast.