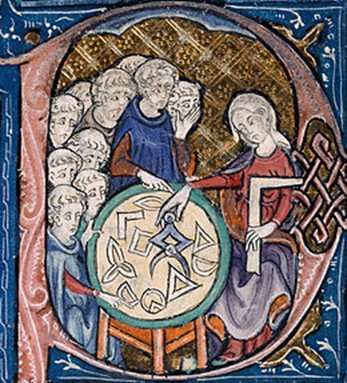 Margaret Mead was an American cultural anthropologist who featured frequently as an author and speaker in the mass media during the 1960s and 1970s. Mead had a very impressive CV and she held various positions in the American Association for the Advancement for Science. If she were around today, she may be shocked at how science is being ignored in her home country.  Mead was also a key participant in UN Habitat I.  Habitat I refers to the first United Nations Conference on Human Settlements. It was held in Vancouver, British Columbia in Canada, 31 May – 11 June 1976 and was convened by the United Nations.  The focus was to address the issues relating to the magnitude and consequences of rapid urbanization.

Today, with COVID-19 we see the impact that urbanisation and loss of biodiversity has on this planet. Many believe that the loss of biodiversity and destruction of habitats is playing a significant role in transfer of disease.  It has been reported that exploitation of wildlife and loss of natural habitats is not only a conservation issue, but also an important driver of zoonotic virus transmission[1].

Women like Mead have played really important leadership roles and have made significant scientific discoveries.  Mary Somerville (1780-1872) worked on magnetism, Caroline Herschel (1750-1848) on astronomical theory she discovered eight comets, as well as discovering fourteen nebulae. Elizabeth Garrett Anderson (1836-1917) was the first English woman to qualify as a doctor. Kathleen Lonsdale FRS (1903-1971) born in Ireland, became the first female president of the International Union of Crystallography, and in 1968 the first woman to hold the post of president of the British Association for the Advancement of Science. Rosalind Franklin (1920-1958) led pioneering work on the tobacco mosaic and polio viruses.   Franklin’s contribution to the ‘discovery’ of DNA is now widely recognised.  However, there remains a recognition that her contribution was overlooked and undervalued.

The list of female role models can go on and on.  We must continue to encourage and recognise the successes of women in science and technology. In the image[2] we see a woman with a set-square and dividers; using a compass to measure distances on a diagram. In her left hand she holds a square, an implement for testing or drawing right angles. She is watched by a group of students. In the Middle Ages, it is unusual to see women represented as teachers, in particular when the students appear to be monks.