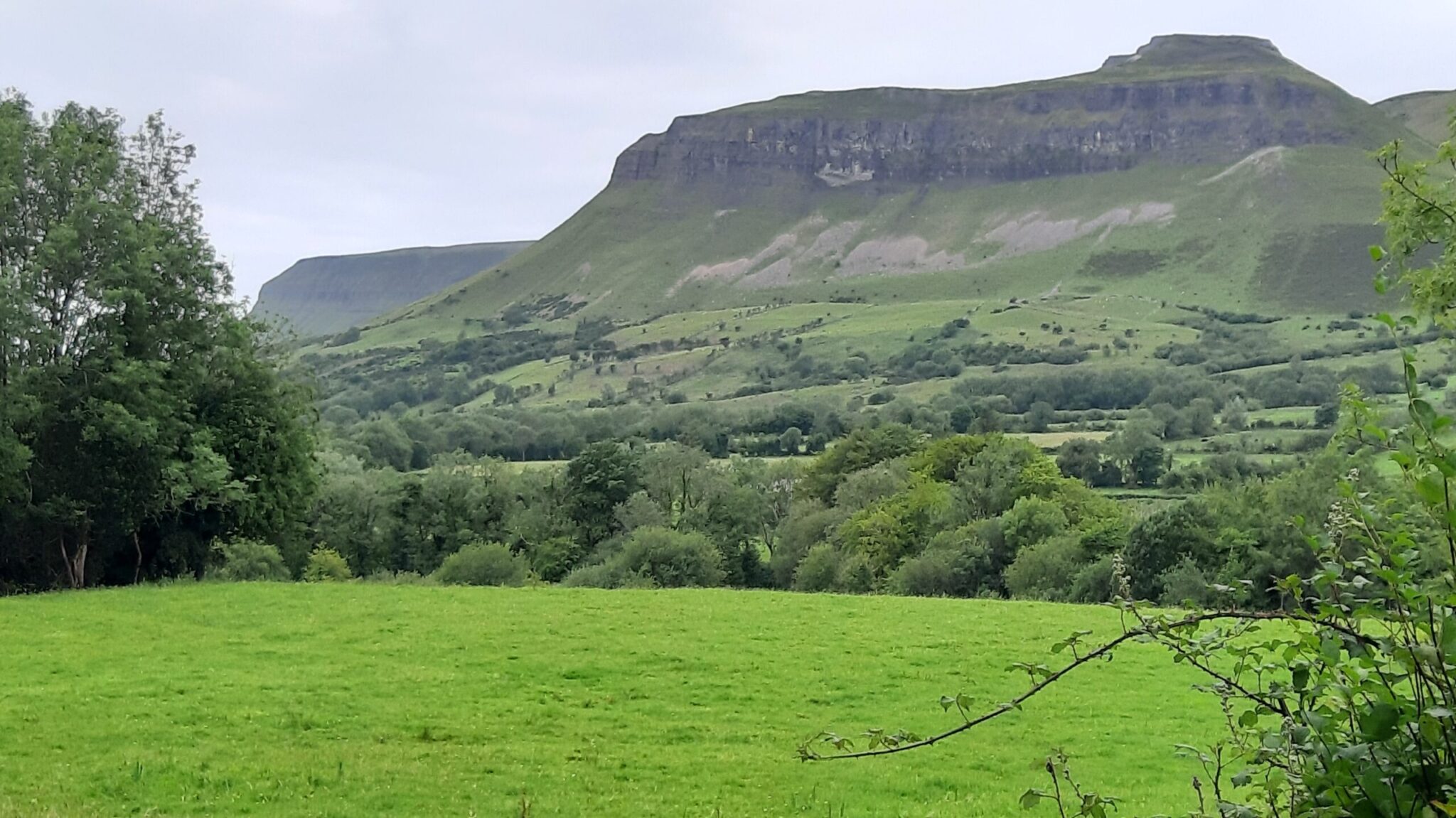 The imposing Benbulben mountain impacts the weather coming in from the Atlantic and very often means a “few more” showers in the nearby area. The sight of Benbulben as you approach Sligo, brings back the memory of the story of the pursuit of Diarmuid and Gráinne – a wonderful story of love and tragedy.

As the legend goes…..

Grainne, was the most beautiful woman in Ireland, and the daughter of Cormac MacAirt, the High King of Ireland. Fionn MacCool, now quite old, wanted the young maid as his second wife. Grainne agreed to marry Fionn, and a great feast was organised to celebrate. On the night of the feast Grainne met Diarmuid, one of Fionn’s best warriors and it was love at first sight!

The two ran off together but they were chased by Fionn and his men. After many years on the run, Grainne fell pregnant with Diarmuid’s child. However, with Fionn and his men closing in, Diarmuid and Grainne came across the heath of Benbulben in Co. Sligo.  Some of the many versions of the story suggest that Fionn organised a boar hunt near Benbulben and Diarmuid joins, in spite of a prediction that he will be killed by a boar.

Legend had it that the only living creature that could kill Diarmuid, was a wild boar. So, to make a long story short, Diarmuid died.

Benbulben (in the distance) is named after a Gaelic chieftain and means Gulban’s Head. It is the western point of the Dartry Mountains, a large collection of heads and valleys. It forms the main physical barrier between Donegal and Sligo. The dramatic and unusual shapes of Benbulben, Benwisken, and Eagle’s Rock were formed by glaciers during the last ice age. The Rosses in the poem, can be seen from the foothills of the mountain.

From The Stolen Child

Where the wave of moonlight glosses

The dim grey sands with light,

Far off by furthest Rosses

We footed all the night,

Till the moon has taken flight;

To and fro we leap

And chase the frothy bubbles,

While the world is full of troubles

And is anxious in its sleep.