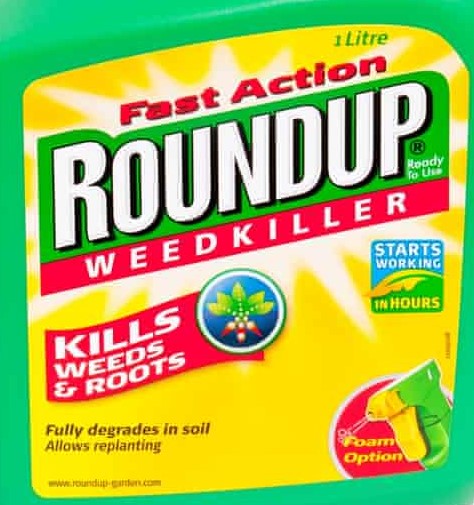 One of the highlights of my job is being a PhD supervisor and seeing my students transform to independent, innovative, creative, environmentally aware scientists. Today I had the honour of being on the examining panel of a PhD student in France.  Half of the panel were present in the university and the other half, which included two international reviewers, were attending via Zoom. Technology tested in advance and everyone in place, the candidate gave a 45 minute presentation on a project that was developing a technology to monitor glyphosate.

Glyphosate, is a chemical that is classified as probably carcinogenic to humans, according to the International Agency for Research on Cancer (IARC), an arm of the World Health Organisation (WHO)[1]. Glyphosate is the world’s most widely applied herbicide in agriculture and urban settings. In 1950, while searching for new pharmaceuticals, the Swiss chemist, Henri Martin, made the chemical we call glyphosate. The herbicidal activities of glyphosate were discovered in 1970 by John Franz and his co-worker at Monsanto. It is known to us by the brand name Roundup and it is used as a broad-spectrum herbicide with many different trade names. The global use of glyphosate is over 825 million kg. Today, glyphosate is used in more than 130 countries.

Following a very elegant and clear presentation from the student on his PhD project, the floor was open for questions. These questions went on for about 90 minutes – from many disciplines and areas of expertise, and the candidate did not get flustered. The answers came freely and truly showed that such an interdisciplinary piece of work was well understood. The highlight of course is the student returning to the room after deliberations, to be told congratulations.  That part of the event is the same for my students. However, at the end both supervisors spoke. They spoke about the personality of the student being friendly, always happy. How the student was very hard working and focused.  The supervisors spoke of how they enjoyed being greeted with a bright smile on a daily basis, of someone who enjoyed their work – and they wished well for the future. I found this final address so honest and moving.  They would clearly miss this student and were very proud of the achievements.

The academic circle was closed.

But the work presented by the student today represents an important link in the chain of studies that are being done to address environmental challenges of chemicals in our water. There is an increasing need for such studies across all disciplines and ultimately, to look at the effects of chemicals like glyphosate, on ecosystem and human health.

Because this is a recognised and widely used brand, it will be difficult to replace. But perhaps councils and the public might think before adding it to every corner of their garden to remove the weeds – making everything perfect. Do we need perfect paths and verges – or a healthier ecosystem for everyone?