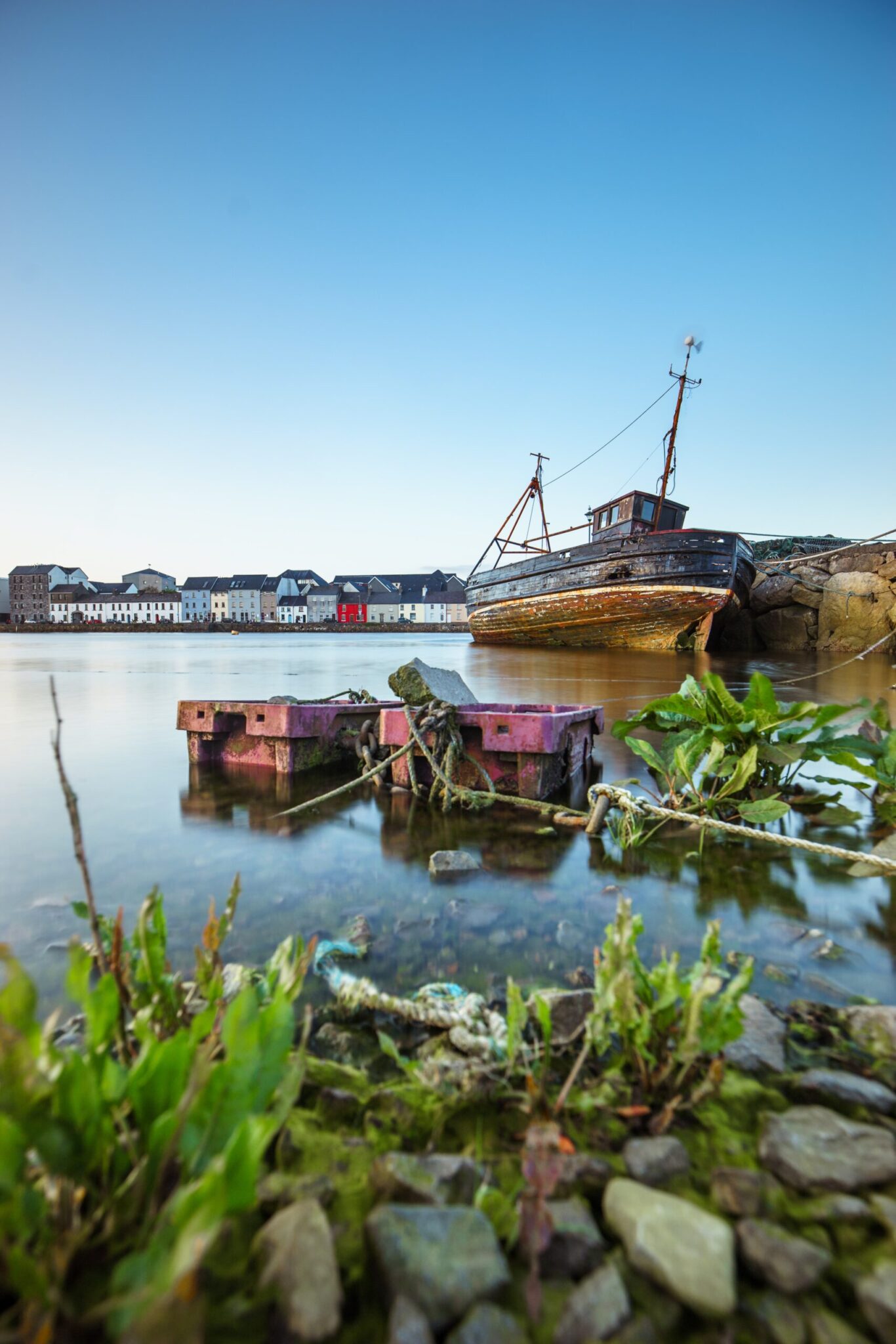 One of the focus areas of A-WAMS is improving oil and hydrocarbon detection in our coastal waters. Through conducting an online survey and extensive one-on-one interviews, we identified a key concern for coastal stakeholders – the presence of oil/hydrocarbons in the water column. Whether it be Mauritius’s pristine beaches or within your local bustling fishing harbour, the ability to detect and monitor oil spills on the water is becoming increasingly important. Both timely detection and continuous monitoring are critical for efficient response planning and reducing the impact on the ecosystem. A-WAMS aims to demonstrate the advantages of deploying a network of low-cost and robust sensors providing you with continuous locational intelligence.

Oil spills detection and monitoring is typically achieved remotely using satellite Synthetic Aperture Radar (SAR) data or Side-Looking Airborne Radar (SLAR). Unfortunately, these methods are often unhelpful in coastal zones and port vicinities as the oil spill must be sufficiently large for satellite or airborne detection.  In these cases, in-situ sensor deployment is the optimum means of continuous monitoring. Most in-situ oil detection methods utilised rely on optical sensors which are based on oil fluorescence detection. Fluorescence is an optical phenomenon in which a compound absorbs light at a shorter wavelengths and emits it at a longer wavelength. 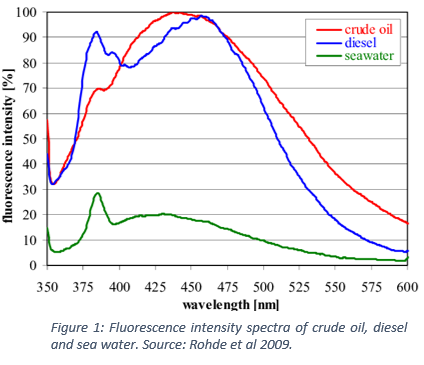 The main advantages of fluorescence over other optical detection processes are high sensitivity, increased detection range and high specificity. Fluorophores (fluorescent molecules) have a very specific fluorescent signature based on the electronic structure, meaning every fluorescent molecule will have a unique fingerprint in the form of an emission/excitation matrix and intensity ratio (see Fig 1). These advantages, combined with simple requirements for instrumentation (i.e. light source and photodetectors) have driven the development of submersible fluorometers for in-situ detection and monitoring of oil.

Detecting and monitoring oil in the water will be conducted with a network of immersed low-cost optical sensors. Oil in sea water, essentially petroleum hydrocarbon compounds in the water column, can be dispersed (small droplets) or dissolved (soluble form). Components that are most soluble in sea water are the light aromatic hydrocarbons compounds. Aromatic hydrocarbons form the majority of dissolved oil and are characterised by a benzene ring structure which is a prerequisite for fluorescence. There are several aromatic hydrocarbons found in crude and refined oil products that can serve as a proxy for oil detection.

Depending on the number of rings contained within an aromatic hydrocarbon 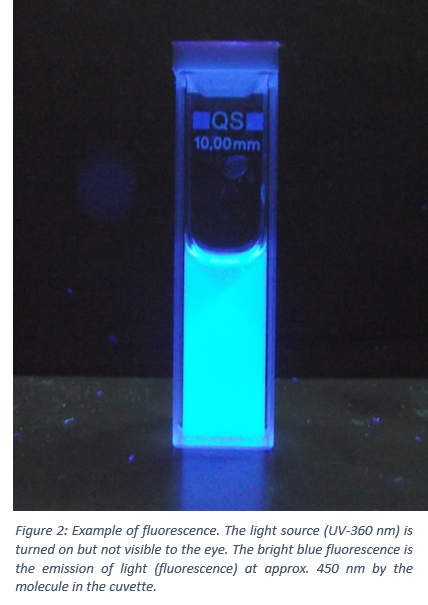 molecule, they are divided further into monocyclic (single ring) or polycyclic (two or more rings). Monocyclic Aromatic Hydrocarbons (MAHs) are collectively benzene, toluene, ethylbenzene, xylenes, while Polycyclic Aromatic Hydrocarbons (PAHs) are mostly derivatives of naphthalene, anthracene and phenanthrene. Both groups are distinguishable based on fluorescence emission spectra. This is achieved by measuring the absorbed light in the ultraviolet (UV) range (240 – 360nm) and the emitted light in the visible range (280-480nm) (see Fig 2). For example, MAHs absorb light between 230-270nm, and emit between 260-320nm while PAHs absorb between 240-360nm and emit between 340-480nm. This phenomenon can be used to detect hydrocarbon products both in surface and subsurface waters.

A-WAMS will see the commercialisation of the DCU Water Institute’s optical sensor technology, and integration with the advanced data analytics capabilities of TechWorks Marine. The decision support system will be based on information transmitted from a network of remote sensors. The sensors are designed to be deployable via a range of different methods (see Fig 3) in coastal waters and are capable of providing real-time detection of hydrocarbons.