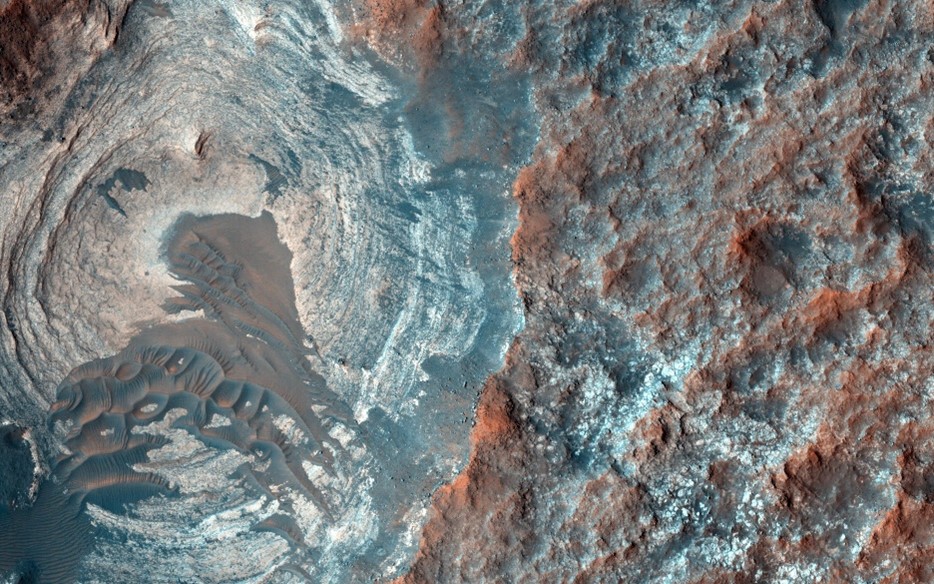 Is There Life on Mars? – Well There’s Water at Least

Globally, September hasn’t been a great month. Many countries have seen an upsurge in the number of Coronavirus cases, but for planetary sciences, September 2020 has been one of the more exciting months in recent history.

Earlier in the month a multi-national group of scientists led by a group from the University of Cardiff, announced the discovery of phosphine in the upper atmosphere of the planet Venus [2]. Phosphine is a molecular species that is believed to be a strong indicator of extra-terrestrial lifeforms.  This molecule cannot be created through natural processes. This discovery created an intense buzz around the fields of planetary science and astronomy; already plans are in action to investigate this discovery further.

Fun fact – Phosphine has a bad smell for humans, so any potential astronauts to Venus will need to be prepared for a fishy smelling planet.

Not to be out done by their counterparts, scientists from the European Space Agency, led by an Italian group, announced on 28th September that they have discovered three large bodies of water on Mars [3]. This water is not on the surface of the planet, but in caverns buried under layers of rock.

The surface of Mars is not a very stable place for liquid water to remain. The atmosphere is too thin, and over time solar winds slowly carry water particles away from the surface into space. Unphased by this, scientists have been exploring beneath the surface for possible signs of water. The satellite, Mars Express, uses radar that can penetrate deep the surface of the planet, revealing the shape and structure beneath. Launched in 2003, the satellite has been orbiting the planet for 17 years, mapping the surface, while also looking for key evidence and traces of water that might lead scientists to believe large bodies might exist.

This water however would not be safe to drink for humans because it is extremely salty, believed to contain up to 20 times more salt then we find here on Earth. However, it opens up a large number of questions and gives leaders at space agencies like NASA or ESA a major headache; should we send explorers to Venus or Mars? The age-old adage of women are from Venus, men are from Mars might not hold true, but life is on Earth and could possibly be on Venus and Mars too.