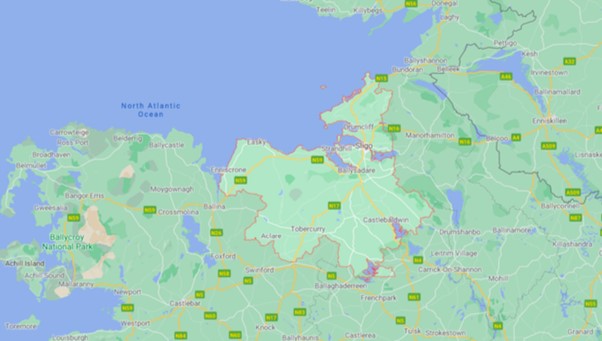 Riding the Waves of Epsilon

Conor Maguire is an elite athlete.  In 2017 he became the youngest European to be shortlisted for the World Surf League Big Wave Awards. He has been surfing since he was 11.  Dramatic conditions with huge waves off the West coast were seen last week. These waves were caused by a rare weather occurrence that saw a tropical storm (Hurricane Epsilon) merge with a mid-latitude depression, causing a giant low. Epsilon was the seventh Atlantic storm to rapidly intensify this season and the fourth major (Category 3 or stronger) hurricane of the 2020 Atlantic hurricane season. Conor made the news [1] as he braved the incredible 18-metres waves in Mullaghmore, Co Sligo, on Wednesday last. The area generally produces waves of six-nine metres.

Sligo boasts some of the most spectacular surfing beaches at Strandhill, Mullaghmore, Easky and Enniscrone.