Irish sea swimmers could soon benefit from water quality testing all year round. 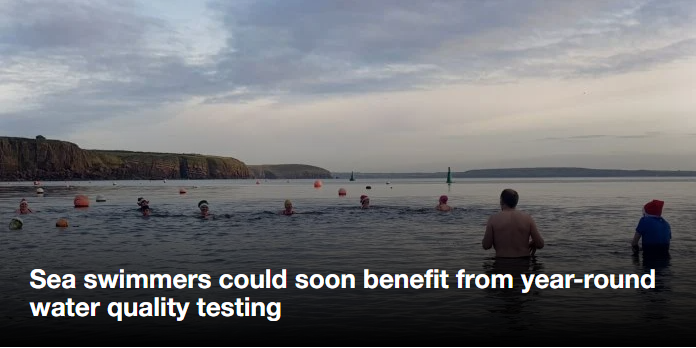 Scientists in DCU have developed a tool that would allow bathing waters to be tested for bacteria such as e-coli rapidly and regularly.

It comes amid a surge in sea swimming in popular bathing spots such as Salthill in Galway and the Forty Foot in Dublin.

At present, there’s only a requirement to monitor water quality during the bathing season – from June to mid-September.

While some local authorities continue testing throughout the year, there are concerns that less regular testing during ‘off season’ can leave people vulnerable to bacteria when swimming off-season – especially now that many people go swimming no matter what the weather.

Fiona Regan – Professor in Chemistry at DCU and director of the university’s Water Institute – told The Pat Kenny Show they’ve developed a tool that could help increase testing.

Previous Post
#WorldWaterDay 2021
Next Post
Question marks over the quality of the water, in some areas around Dublin