1 year ago
STEP Enquiries
No Comments 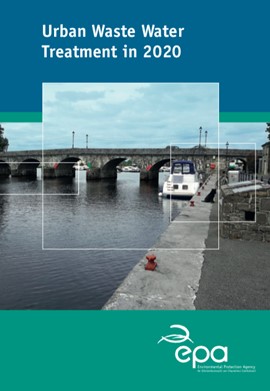 The EPA issued its report on urban wastewater treatment for 2020[1]. It is acknowledged that there have been improvements however, the failings are significant and have a huge impact. As the report tells us it could be two decades before we see the planned improvements, it will mean continued risks to human health and ecosystem health.

The EPA write “Every day more than a billion litres of waste water is collected in our public sewers and treated at over 1,100 treatment plants. The treated waste water is then discharged back into the environment, mostly to rivers, estuaries, lakes and coastal waters. Irish Water is the national water utility responsible for providing this essential service. The EPA is the environmental regulator of Irish Water. The Commission for Regulation of Utilities is the economic regulator of Irish Water.”

We recognise that there is a massive task ahead of the Irish utility. Clearly the need for infrastructure improvements has been well established, however, the fact that 34  towns still release untreated wastewater to the environment is shocking. The lack of a clear plan in terms of improvements to facilities impacting pearl mussel habitats is a major concern also. It is known that poor water quality can impact the survival of these important species.

A big issue is around the timeframe for the planned works and impact assessments – which is way beyond where it needs to be in terms of environmental and public health protection.

The vision of zero pollution under the green deal is far from our sights in Ireland if we are to have these continued delays in infrastructure upgrades or planned works.
The Zero Pollution Action Plan[2] was launched in May 2021, and it sets out targets for 2030 as a milestone along the way to 2050, by which pollution should be reduced to levels no longer considered harmful to human health or natural ecosystems.

The Action Plan states that “The fight against pollution is also a fight for fairness and equality.” and  “Pollution threatens our biodiversity and significantly contributes to the on-going mass extinction of species.” We see reference to these effects in the EPA report released today.

Our surface waters and coastal areas are becoming polluted with untreated or poorly treated wastewaters. The EPA have highlighted 97 priority areas – not areas of concern, but areas that require priority attention. This number has dropped from 148 in 2017 – so there is progress however, this progress is much too slow. There are planned improvements in the period between now and 2024 however, many will not be starting until after 2025. The uncertainty around successful delivery of planned work is also a major concern to the EPA.

The EPA report provides many examples of failures of Irish Water in providing waste water treatment in vulnerable areas, and in providing improvements and new works in a timeframe that is acceptable.  But, clearly there is no other alternative for Ireland at the moment but to wait for the utility to deliver on its plan – and meanwhile the aquatic environment continues to be exposed to pollutants which have an unacceptable impact on public and ecosystem health.

While the Zero Pollution Action Plan is seen as being very ambitious, we should at least strive to achieve the best rather than settle for what we can get.