4 months ago
STEP Enquiries
No Comments 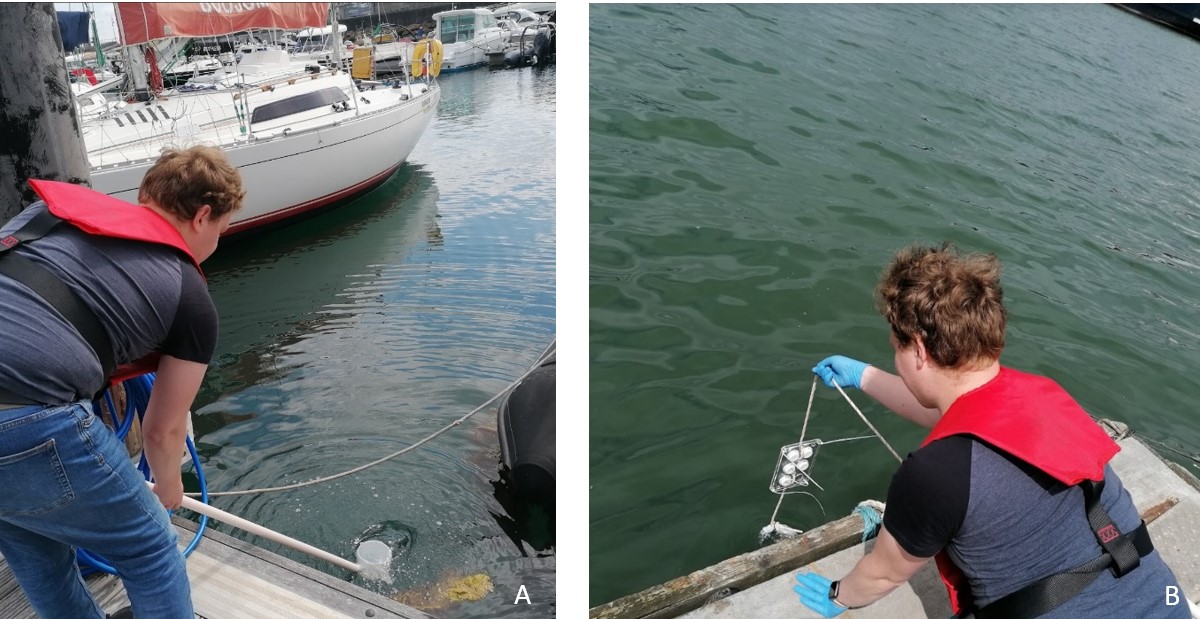 Martin Nolan of DCU, A, collecting a spot sample, B, deploying a DGT device

Deployments followed the guidelines set by the MONITOOL project and used DGT passive samplers as well as spot sampling. An increase in metal contamination levels is expected within these areas due to the anti-fouling paint present on the various boats and small yachts. Anti-fouling paint contains high copper and zinc concentrations which are toxic to marine life.

Passive samplers will be dispatched to IFREMER, also a partner of the project, for metal analysis by ICP-MS and to DCU for biofouling analysis by SEM.