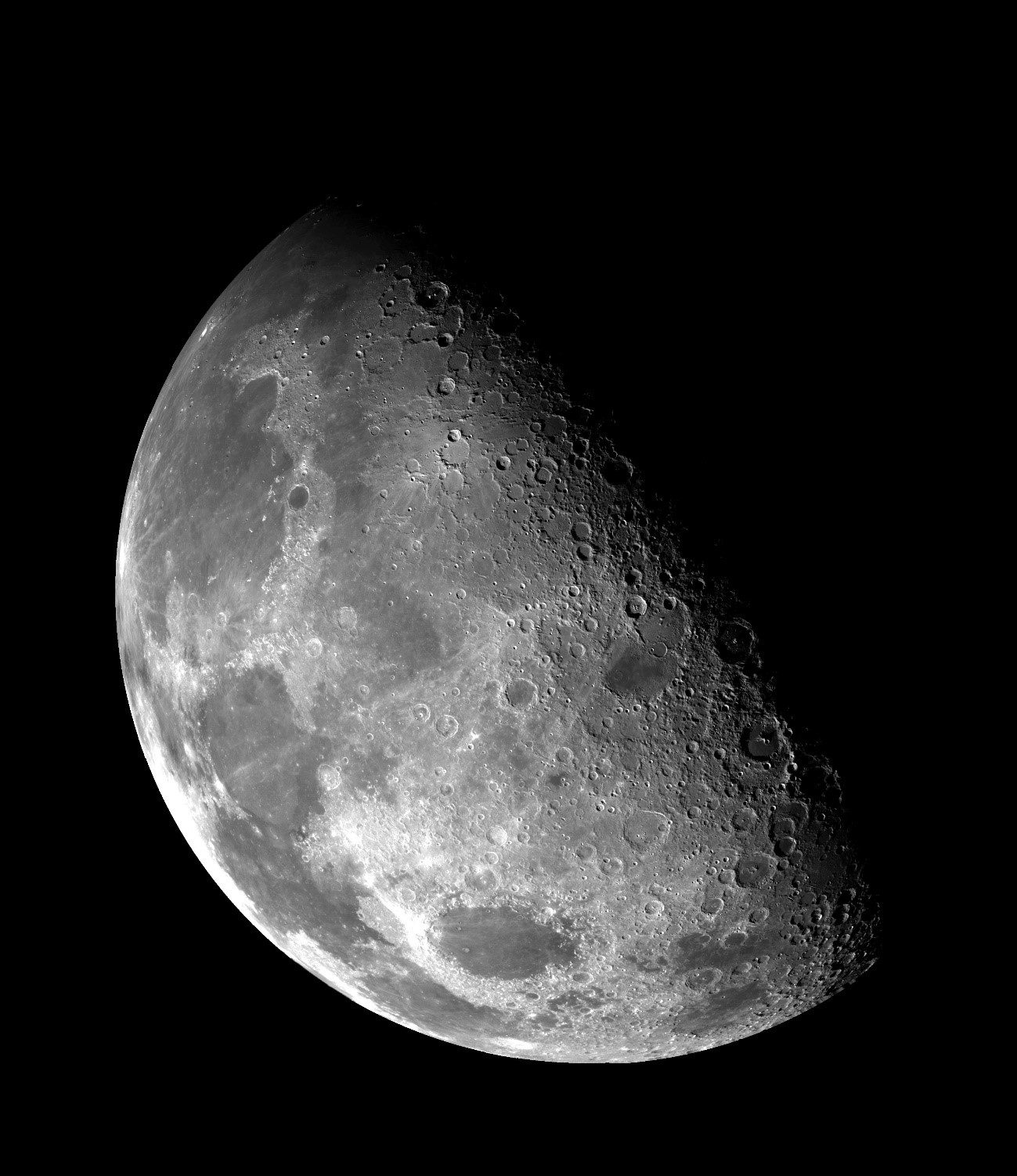 NASA discovery: there is water on the moon

The US space agency has announced this new and exciting discovery thanks to the Stratospheric Infrared Astronomy Observatory (SOFIA), an infrared telescope mounted on a modified 747 aircraft.

Previous studies had already found signs of hydration on the lunar surface, especially around the South Pole. But those detections, carried out independently in 2009 by several space missions (the Indian Chandrayaan-1 spacecraft and NASA’s Cassini-Huygens and Deep Impact probes), were inconclusive as the onboard spectrometers detected, in the infrared range, absorptions at a wavelength (3 nanometres) that could betray both water and hydroxyl (OH), a functional group formed by a hydrogen and an oxygen atom that is very common in alcohols and other organic compounds.

The evidence now presented in one of the two studies [1] that will be published in Nature Astronomy concludes that there are water molecules in the illuminated areas too, explained Casey Honniball, of the Goddard Centre for Space Flights at NASA. Honniball and his team have analysed the data from the aerial telescope of the Stratospheric Infrared Astronomy Observatory (SOFIA), which observed the moon in the infrared at 6 nanometres. And at that wavelength, unlike previous observations, they were able to detect an unmistakable signature of H20 that is not shared with other hydroxyl compounds. In addition, the researchers found that at high latitudes near the South Pole, water is present in concentrations ranging from 100 to 400 ppm. According to Honniball, the water detected is most likely stored in glass or scattered among dust grains and rigolith on the lunar surface and that for its potential extraction it would be necessary to melt these crystals.

In the second study [2] to be published in Nature Astronomy, he refers to “cold traps”, places that are not reached by sunlight: in them the temperature is less than 163 degrees below zero, reports Paul Hayne, of the University of Colorado. Some of them even reach 243 degrees below zero. “Ice water behaves like a rock and remains stable for billions of years”.

The bottom of the lunar craters:

So far, it has been discovered that at the dark bottom of some lunar craters where the sunlight never reaches, there are large ice deposits. A good part of the Shackleton crater with a diameter of 20 km and several km deep is permanently in shadow and a temperature of 150 degrees below zero due to the position of the Moon in relation to the Sun. It is therefore a huge “cold trap” with a large amount of water ice inside. The aim of this study was to see if there are other kinds of cold traps on the Moon as well. To do this, the authors considered a wide range of possible sizes of these cold traps, which can be very large, such as those found at the bottom of large craters, but which can also be as small as a few centimetres in diameter and which can be found widely distributed at both lunar poles, reaching an area of 40,000 square kilometres.

Is this water suitable for consumption by future colonies?

It is possible that future astronauts from future lunar colonies will not need to go into these dark, deep craters to extract the water. They could walk around and find a shade that is one metre wide and just as likely to hold ice, which would make this resource much more accessible for the astronauts’ own consumption or for the extraction of hydrogen for fuel.

Hayne pointed out that he cannot yet prove that these small cold traps contain ice bags as the only way to prove this would be through exploration and digging vehicles. However, these results are promising and future missions could shed more light on the water resources available on the Moon.

The conclusion of both studies is that there are several processes on the Moon capable of producing water efficiently, and places where that water can be stored in the form of ice packs. This is excellent news for the expansion plans of Humanity beyond the confines of the world where it was born.