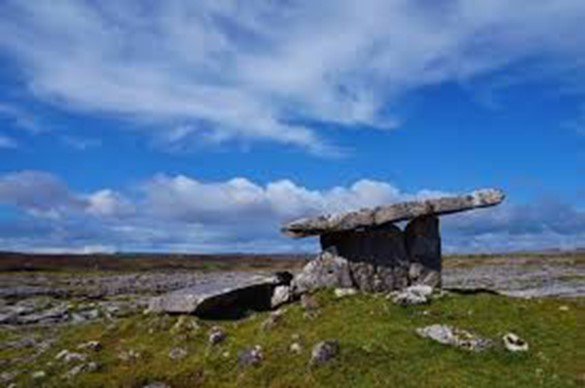 An Bhoireann – A Rocky Place

The National Geographic[1] published an article to outline how the desert’s cave ecosystems and energy companies could be on a collision course.

The Trump Administration, in pursuit of its “energy dominance” agenda, leased thousands of sinkhole-prone acres to oil and gas companies. These areas most probably have cave formations. Little is understood about the fissure-ridden subterranean landscape that makes up the one-million-acre karst region in New Mexico.

The report finds that the Trump administration pushed to open public lands for energy exploration in New Mexico, leading to aquifers that supply drinking water to tens of thousands of homeowners being at risk of contamination. The region’s aquifers are reported to be uniquely susceptible to pollution from industrial activities, where drilling fluids, produced saltwater, oil and/or gas, cuttings, and cement can quickly enter groundwater.

The Karst landscape in Ireland offers the most amazing scenery, historical sites of interest and links to our cultural past. It is said that the craggy features and mysterious magic are believed to have informed Tolkien’s Lord of the Rings.

This geology poses a challenge for those trying to live there. However, exploiting this type of environment has severe and long term consequences for the water quality.

Into County Clare, along the Flaggy Shore,
In September or October, when the wind
And the light are working off each other
So that the ocean on one side is wild
With foam and glitter, and inland among stones
The surface of a slate-grey lake is lit
By the earthed lightening of flock of swans,
Their feathers roughed and ruffling, white on white…..